Are you looking for ways to keep your kids entertained on a long road trip? These 9 fun car games are free, almost effortless and perfect for making lengthy trips with the kids feel shorter and much more fun.

This guessing game has been popular for many years. Each person gets a chance to pick an object in the car and give a clue about it by saying “I spy with my little eye something that ….” Fill the blank with a clue about the objects, such as “is blue” or “starts with the letter B””. Everyone else then gets a turn to guess what the object is.

Number plate bingo is a simple and fun game for older kids who can identify letters and numbers. Each player will need a pen and paper. The game starts with the driver calling out a number, for example “eight”, and then everyone has to write down a word with that amount of letters. The players then check the number plates of other cars and when they see a letter from their word they cross it off. The person who first crosses off all the letters in their word is the winner.

The aim of the game is for players to earn points by spotting specific cars on the road, say a red car for 1 point, a Volkswagen for 2 points and a blue Holden for three points.  The driver can decide which type of cars the players have to spot and the first person to score ten is the winner.

A memory game that is appropriate for all ages.  One player starts with, “I went to the supermarket on Monday and I bought….” adding any grocery item that starts with the letter ‘A’. The next player repeats the sentence and the first item, but adds another grocery item that starts with the letter ‘B’. The game then continues with each player trying to remember the previous items and adding one with the next letter of the alphabet.

In this easy game one player thinks of a famous person, character or animal and the rest of the players try to guess what or who it is by only asking “yes” or “no” questions.  On their turn the players can ask one question only and guess the answer.

Storytelling is a fun game for everyone in the car. In this game you tell a story, word by word and turn by turn. The driver can start with the first word and then everyone takes turns to add a word to form a story.

Spelling bee is a learning game which encourages kids (who can read and write) to have fun while learning. Pick any travel related words and let them spell them. Remember to choose words that suit the children’s ages.

On their turn, each player names an animal following alphabetical order, for example, alligator, bear, camel, etc. Players get eliminated when they can’t think of an animal on their turn. You can also use other themes such as countries or names.

This is a classic game that we all know but often forget to play. This game is especially fun if there are only two players in the car. Remember that rock beats scissors, scissors beats paper and paper beats rock.

Your family’s safety while travelling should always be your first priority and before you hit the road you should ensure that your car and its windscreen are in a good condition. Autoscreens is a family owned and operated business that specialises in windscreen replacement in Perth.  With over 20 years of experience, their mobile service can assist you with windscreen chip repairs, car glass replacements and fleet requirements anywhere around Perth.  The team at Autoscreens take pride in their quality workmanship and products, which is backed by a lifetime warranty for extra peace of mind. 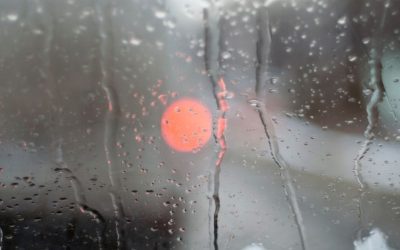