Did you know your windscreen is vital in your vehicle’s structural integrity?

Did you know your windscreen is vital in your vehicle’s structural integrity? 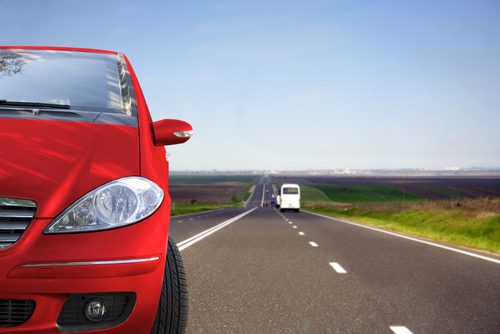 We often admire a vehicle for its good looks, rugged performance, enviable emblem and its powerful engine but how often do we remark on one of its most important aspects – the windscreen?

The windscreen is the one part of the vehicle that we see the most of but probably pay the least attention to – yet it plays a crucial role in ensuring the vehicle’s safety.

The windscreen is an essential contributor to the overall strength and rigidity of the body of the car and is a major element of the car’s safety restraint system in the event of a crash.  In fact, the windscreen provides up to 47% of the structural integrity of the vehicle – yet many people are unaware of this important fact and consequently don’t pay sufficient attention to the condition and quality of their autoglass.

Windscreens were initially designed to protect drivers and passengers from flying debris, insects and wind but their role has evolved enormously over the decades and they’re now a vital safety feature in all vehicles.

Modern windscreens comprise of a layer of polyvinyl butyral (PVB), sandwiched between two layers of safety glass which have been sealed and strengthened through a process of applying pressure and heat.  This PVB inner layer helps the glass to absorb energy in the event of an impact and also helps to keep the glass intact.

Any damage to the windscreen or its surrounds can have a major impact when it comes to protecting the people travelling in the car as well as other road users.

When your car collides head-on with something, nearly half the force of that impact is absorbed by the vehicle’s structural integrity.  Given that the windscreen contributes up to 47% of the vehicle’s structural strength, you can only imagine the force and severity of the impact if there was no windscreen or if the windshield was impaired in such a way that it wasn’t able to fulfil its function properly.

In a rollover, your windscreen also plays a key role in upholding the car’s structure, helping to prevent the roof and cabin from caving in on the occupants.   Ejections and head injuries are among the most serious and traumatic injuries that can occur in the event of a rollover, so it goes without saying that a strong and secure windshield is a crucial asset in helping to prevent these from happening.

The strong structural support provided by the windshield is also crucially important for ensuring that air bags deploy properly in the event of an impact.

The windscreen actually absorbs some of the speed and force of the inflating airbag as it deploys up towards the glass and bounces off towards the person inside the vehicle, thereby preventing injury from the impact.

The windscreen and its surrounds have to be maintained in optimal condition in order to withstand the extreme force and pressure of these situations.  Damage such as a crack or chip or less-than-perfect windscreen installation can weaken the structure and compromise the safety of the car’s occupants.

So, now that you know just what an important role a windscreen plays in the structural integrity of your vehicle, can you say with absolute certainty that your autoglass is in tip-top condition?

If you’d like a professional opinion on the condition of your windscreen or if you need any repairs done, you should get in touch with Autoscreens.  They are the experts in windscreen repairs and replacements in Perth and with their decades of experience and mobile 24/7 units, they will sort out any autoglass issue in no time at all, at your convenience.  Call Jason on 0400 200 086 to book an appointment for a quick, efficient, friendly and affordable windscreen repair or replacement. 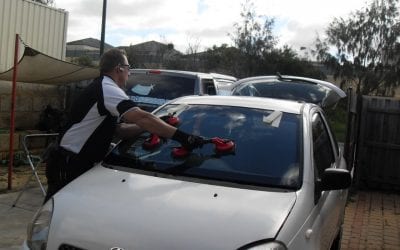